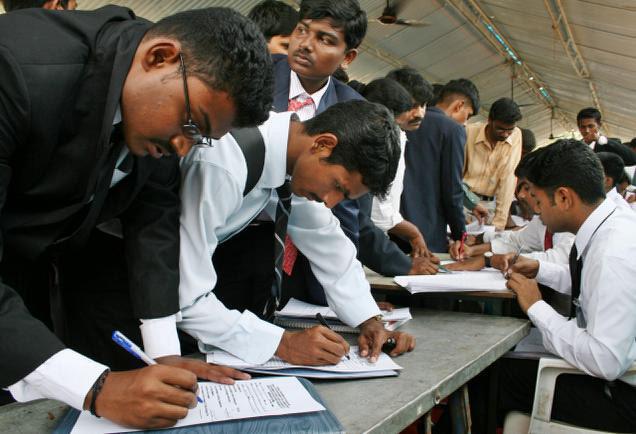 India’s growth trajectory hindered due to high level of unemployment in formal sectors.Statistical Commission PC Mohanan said on Wednesday that he and colleague J Meenakshi were unhappy at the non-publication of jobs data that had been due for release in December and alleged interference by other state agencies over backdated GDP data.

Business Standard said the report showed that joblessness stood at 7.8 percent in urban areas compared with 5.3 parts in the countryside.
There is an unemployment crisis in this country. It’s the most important issue but mass media doesn’t want to talk about it.India is the only country in the world where-3,700 PhD holders apply for Peon jobs.4000 MBAs & Engineers apply for 14 sweeper jobs.82 lakh PGs & Engineers apply for helper jobs.

The data is significant because this was the first comprehensive assessment of the employment situation conducted after Modi’s decision in November 2016 to withdraw most of the country’s banknotes from circulation overnight, the report said.

India’s economy has been expanding by 7 percent plus annually — the fastest pace among major economies — but the uneven growth has meant there are not enough jobs created for millions of young Indians entering the workforce each year. This has put pressure on Modi as he seeks to retain power in a general election due by May.

Earlier this month, the Centre for Monitoring Indian Economy, a leading independent think-tank, said the country lost as many as 11 million jobs last year.