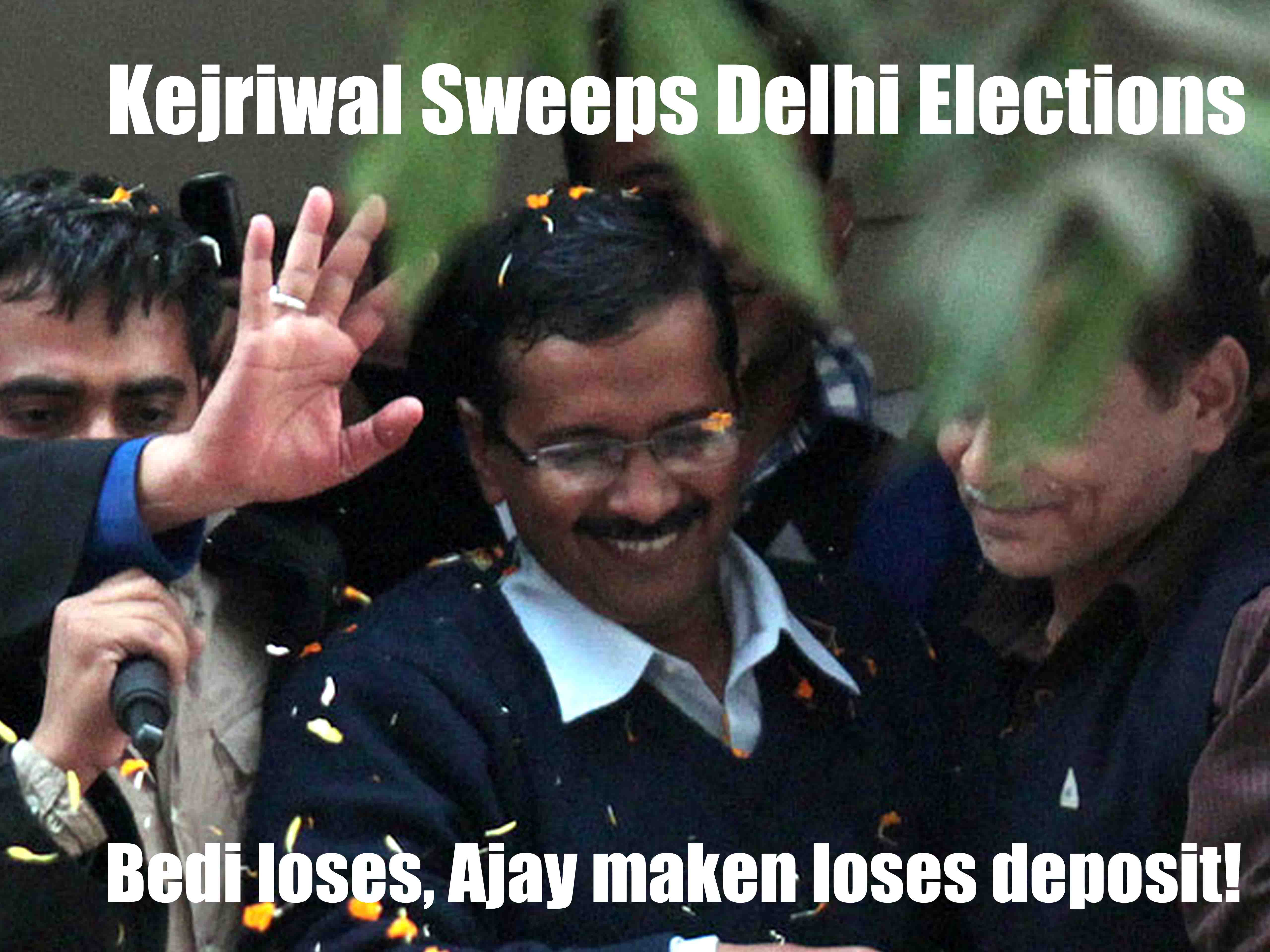 The Bharatiya Janata Party said Tuesday the Delhi Assembly election results were a “big setback” and it would soon introspect the reasons behind the dismal showing.

The party also said that Delhi’s loss is a “collective failure” of the party and the defeat cannot be thrown on any single individual, seen as an attempt to deflect any blame on Prime Minister Narendra Modi.

The party leaders while congratulating Arvind Kejriwal, hoped he will now fulfil the promises made to people and ensure development of Delhi even as the Centre promised to extend all its support to the new government.

BJP Spokesperson Sudhanshu Trivedi said, ”It is a big setback for us. We will assess the reasons of the defeat. We accept the verdict of the people and hope Kejriwal fulfils his promises made to people. As Prime Minister Narendra Modi has said, the Centre will extend all its help to Delhi government.”

Party general secretary P. Murlidhar Rao said, “BJP’s defeat in Delhi elections is a collective failure of our party. It cannot be thrown on any single individual. We all own the loss.”

He felt that Haryana elections, where BJP got a majority, has not impacted Delhi polls.

“Why Delhi elections will impact BJP in other states”.   ”Extending d Verdict of Delhi elections to unrelated issues is like stretching too far. Central govt performance was not d election issue,” he said in another tweet.

Another BJP Spokesperson Nalin Kohli said the party will assess the reasons why the party failed to appeal to Delhi voters and hoped Kejriwal will fulfil all the promises made.

”It is a huge victory for AAP. BJP would certainly assess what were the reasons that we have not not been able to appeal to the voters of Delhi. We wish well for AAP for delivering on the promises made and give Delhi a good government,” he said.

Party’s Delhi unit chief Satish Upadhyay admitted that the party failed to understand the mood of the people.

Upadhyay said, ”We accept the mandate given by the people of Delhi. We failed to understand the mood of the people. BJP will continue to serve the people as it had been doing in the past. I congratulate Kejriwal on his victory.”

Another party spokesperson G.V.L. Narsimha Rao said the polls were a referendum on Kejriwal and could not be seen as reflection on the performance of the Modi government as local issues dominated the polls.

”I do not see in this way,” he said when asked whether the elections were a referendum on Modi’s performance.

BJP general secretary Ram Madhav has also congratulated Kejriwal for his victory in the Delhi polls.

”My congratulations to Arvind Kejriwal and Aam Aadmi party for their victory. The people of Delhi have chosen AAP and we respect that. I wish Kejriwal and his team the very best”, Rahul said.

Congress has failed to open its account in the 70-member House, prompting Ajay Maken, who was the party’s face in the Delhi polls, to resign from the post of general secretary, taking moral responsibility for the humiliating defeat at the hustings.

Congress had won eight seats in the last Assembly polls in Delhi held in 2013, which had delivered a hung verdict. Congress had lost power in those elections after being at the helm for 15-long years under the leadership of Sheila Dikshit.

The capital was without a government for almost a year and the vote to elect a new set of lawmakers was much more than local politics. The state poll turned into a battle between Indian Prime Minister Narendra Modi’s Bharatiya Janata Party and the anti-corruption campaigner Arvind Kejriwal of the Aam Aadmi Party.

AAP declared a wholesale victory on Tuesday spelling the first major setback for a BJP electoral juggernaut that started with a victory in the national parliamentary vote in May. 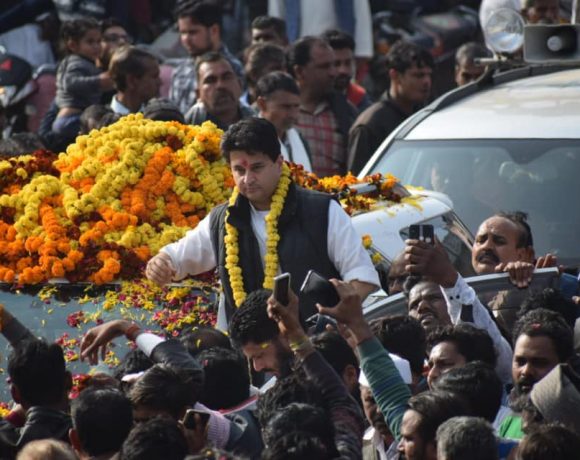 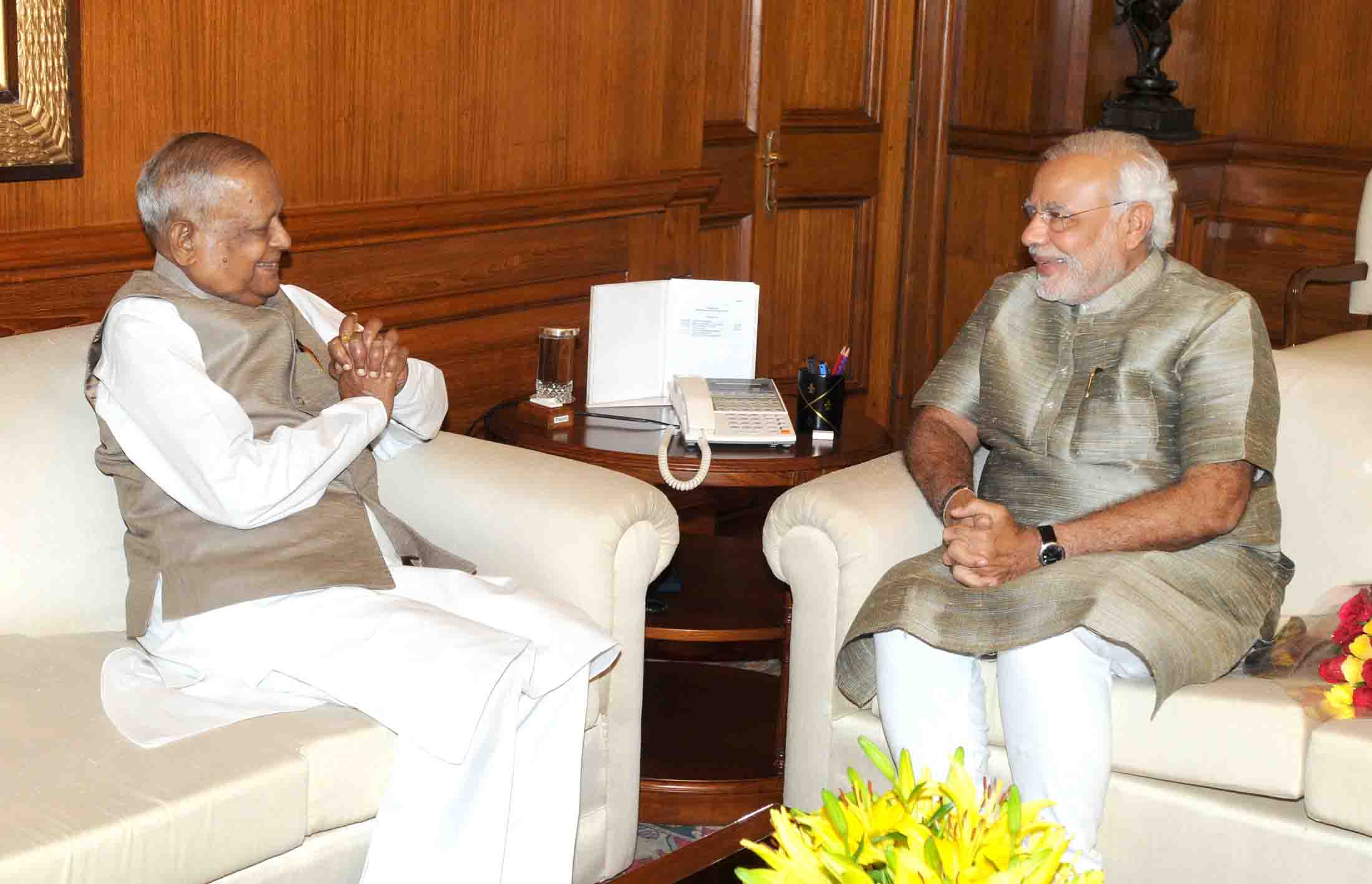 Congress Veteran & Assam Governor Janaki Ballav Patnaik will be remembered as a political Maverick & an astute administrator despite in news for wrong reasons! 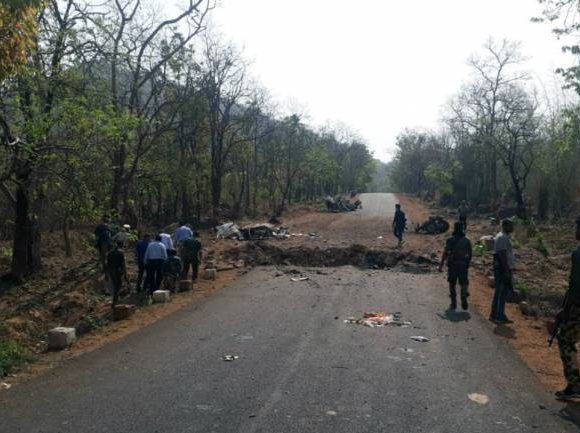