Network 7 Media Group, the flagship brand of India Leadership Conclave today announced the ravishing & bold actress Kavita Radheshyam for the prestigious title “Critics’ Choice Movie Award for Best Actress” in the popular non-voting category at ILC POWER BRAND 2015 at the prestigious forum of 6th Annual India Leadership Conclave & Indian Affairs Business Leadership Awards 2015. The controversial actress Kavita rose to fame & made headlines for the Semi-Naked Photo shoot she did against cruelty on animals in India. Kavita was the  Brand Ambassador of International Organisation of Animal Protection and Welfare (OIPA) for India Sector. Noted Director Vikram Bhatt spotted Kavita’s talent & was cast in the Thriller TV Series titled “Who Done It Uljhan” which aired on Star Plus India. But the real break came from the very controversial Director Faisal Saif’s Movie ‘5 Ghantey Mien 5 Crore‘.

“i know well how to convey the message to the people. I am doing this to save animals. I am an animal lover and i choose this way to convey my message to the maximum people. I will be very happy if a little awareness comes to the society for animals who also have the right to live on this earth”

India Leadership Conclave Platform which recognizes actors who are blazing a distinctive and innovative path for their meaningful performances irrespective of small or big, Kavita Radheshyam’ is certainly one of the most talented actresses of this generation,  who has raised the bar for actresses navigating diverse and challenging roles professionally, while personally remaining down-to-earth and accessible to her fans connecting deeply with the masses observed the Jury Members at the Network 7 Media Group while announcing the Award for Critics’ Choice Movie Award for Best Actress”. In a crowded space where there are top names that hit headlines, we tend to forget the genuine acting skills from the talented actress who remain engrossed in their working areas , we at Network 7 Media Group are committed to lift excellence in cinema. Creativity, Innovations & Initiatives are the three factors that determined our final selection to Kavita Radheshyam , said the media release.

India Leadership Conclave believes firmly on commitment to excellence in innovations & by recognizing an entertainer who exemplifies Kavita’s belief that the biggest honor and responsibility of being a celebrity is in doing good for others & get involved in social issues as the actress  Kavita Radheshyam puts it “ Social commitment is key to an actress’s evolving personality, while we on screen, we entertain the audiences, the real audience ultimately lands at the socially marginalized sections of the society. Given how much critical acclaim and commercial success Kavita Radheshyam would have received, she is  definitely one of the most talented actresses of this generation. Whether baring her soul in emotionally charged roles in “‘5 Ghantey Mien 5 Crore ” and “‘Ragini IPS ” or igniting our imagination in movies  like “‘Main Hoon Rajinikanth’,” Kavita Radheshyam has raised the bar for actresses navigating diverse and challenging roles professionally, while personally remaining down-to-earth and accessible to her fans.

Meet Kavita Radheshyam, the actress from Mumbai & is currently  now the Brand Ambassador for NGO who works for Save The Girl Child foundation. Bollywood Actress  Raveena Tandon & Super Model  Diana Hayden has also been the  Brand Ambassador. Kavita Radheshyam was in news for refusing the  Big Boss season 6 Wild Card entry. Armed with a degree in an Acting Institute in 2009, the gorgeous actress has signed as Face Of Banphool Hair Oil as a Brand Ambassador too. Kavita Radheshyam has done a Hindi feature film titled ‘5 Ghantey Mien 5 Crore‘ directed by Faisal Saif where she rose to fame for the brilliant acting skill by playing the second lead. The film was honored by The Times Of India and selected in the Top 10 Bold Films category of 2012. Kavita soon started getting noticed for the actress who could connect with the masses & got offers from the south & acted in Kannada Films such as
‘Ragini IPS‘ , “Adrushta‘ (Kannada) which is produced by H.A.Rehman &  Duniya Vijay’s ‘Cobra‘ (Kannada) directed by H.Vasu. Kavita played Negative Lead (Double Role) in Marathi feature film named ‘Bharla Malwat Rakhtaana‘ which is a Re-Make of 1988 cult classic Khoon Bhari Maang which is directed by Anup Jagdale. Faisal Saif’s controversial Feature Film titled ‘Main Hoon Rajinikanth‘ released in  2015 as Main Hoon (Part-Time) Killer) cast Kavita  in main lead with South Indian actor Adithya Menon. She is  presently also shooting for multi-language Political Thriller ‘Amma‘ which stars sandalwood action queen Ragini Dwivedi, Prashant Narayanan and Rajpal. The  role in “Amma ” is of a famous & controversy created as Shweta Khatri who takes on the political class & play a character that resembles in many ways the present day Journalists aim at.

Kavita Radheshyam will be entering an elite list of Award Winners in the India Leadership Conclave when the coveted award will be presented at the commercial capital of Mumbai in a glittering award night on 21st Augst 2014 where India’s finest Leaders will meet to discuss the high profile debate “India @ 58 : learning lessons from the past and restrategizing for the future.

Since its inception in 2000, India Leadership Conclave & Indian Affairs Business Leadership Awards also known as ILC POWER BRAND is asia’s most eagerly awaited prestigious meeting points where leaders across the society gather to speak, set the agenda into motion. Nelson Mandela, Hillary Clinton, Ratan Tata, Yash Chopra, Shobhaa De are among the very few names associated with the title. Historically the past editions has been high voltage debate-centric & are successfully organized with the media & analysts describing the multi-faceted significance of the event.   At India Leadership Conclave’s ILC Power Brand Awards are the most awaited, credible & prestigious titles conferred to top performers & achievers for bringing a transformational changes in their respective fields while others could not dare to risk & venture into. Indian Affairs Business Leadership Awards also repackaged as ILC Power Brands signifies the importance of a winner whose persistent initiatives in making a change in style, approach & leadership are recognized by the eminent jury members of the Network 7 Media Group. While individual accomplishments in innovation, leadership drive & sustained campaign has driven & impressed the voters in india to chose the top leaders, corporate houses, social organizations, educational institutions & public service firms are selected based on a meticulous selection process & methodology involving the stakeholders, public at large & industry experts. The real thrust is focused on abilities to stay unafraid amidst the uncertain times & unleashing the challenges to make india proud. Indian Affairs Award Winners are those leaders who have a story to tell you of their road to success. We have heard them, have you? 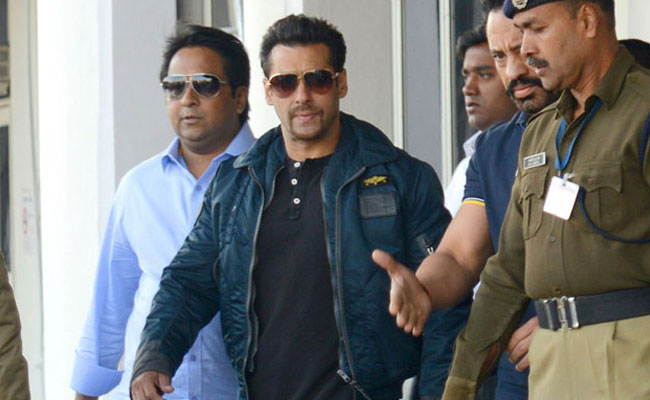