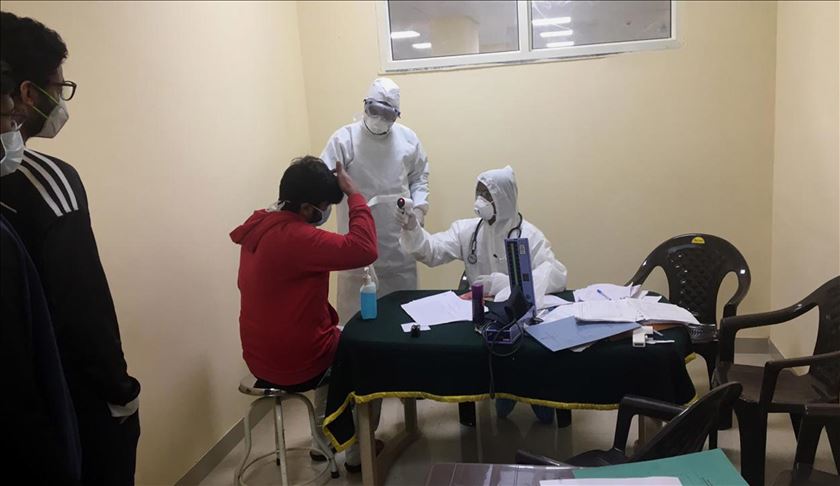 The number of novel coronavirus cases in the country rose to 107 on Sunday, with Maharashtra reporting the highest followed by Kerala, while over 450 stranded Indians were flown back from Italy and Iran, the two worst affected countries after China, and quarantined.

Extending the border restrictions in view of the Coronavirus outbreak, the government has suspended travel and registration of pilgrims to Kartarpur Sahib Gurudwara through the corridor from Sunday midnight, besides movement of all types of passengers to Pakistan through international border points.

Earlier, the government had announced suspension of all types of passenger movement from 00:00 hours on March 15 through the Indo-Bangla, Indo-Nepal, Indo-Bhutan and Indo-Myanmar borders barring a few specified border checkposts.

With the World Health Organisation (WHO) declaring COVID-19 a pandemic, a Health Ministry official said over 4,000 people who had come in contact with the 93 positive cases have been identified through contact tracing and were being tracked while 42,000 people across the country are under community surveillance.

The government on Wednesday suspended all visas, barring a few categories like diplomatic and employment, in an attempt to prevent the spread of coronavirus.

It has asked Indian nationals to avoid all non-essential travel abroad.

All incoming international passengers returning to India should self-monitor their health and follow the required do’s and dont’s as detailed by the government.

In a video conference of SAARC members, Prime Minister Narendra Modi proposed setting up a COVID-19 emergency fund with India committing USD 10 million initially for it, and asserted that the best way to deal with the pandemic was by coming together, and not growing apart.

According to Union Health Ministry, there are 107 cases in India so far including the two persons who died in Delhi and Karnataka and 17 foreigners.

Twelve more people have tested positive in Maharashtra, taking the number of cases to 31, it said. But state Health Minister Rajesh Tope said there were 32 cases.

In Kerala, 20 Dubai-bound passengers were detained at the Kochi airport after a UK national, who was under surveillance but sneaked out and joined the group, tested positive for novel coronavirus, official sources said.

Earlier, the over 280 passengers of the Dubai-bound Emirates flight, which the group had taken, were offloaded at the airport. The flight left for Dubai in the afternoon after the 20 passengers were detained.

The UK national has been taken to an isolation facility at a nearby government hospital, a Cochin International Airport Limited spokesman said.

Kerala has launched an intensified medical check up in inter-state border areas for people entering the state by rail and road.

As many as 302 people are in isolation wards of various hospitals across the state.

The Mumbai Police on Sunday clamped prohibitory orders under section 144 of the CrPC to stop tour operators from conducting any kind of group tours to foreign or domestic destinations till March 31.

Maharashtra has already invoked the Epidemic Diseases Act, 1897 that gives wide-ranging powers to officials to enforce measures, including that of lockdown and quarantine, required to tackle an outbreak.

Shopping malls, schools and colleges have been closed in the state till March 31.

More states ordered closure of schools and public places like cinema halls and malls where people gather in large numbers.

The Tamil Nadu government directed closure of all kindergarten and primary schools till March 31.

Chief Minister K Palaniswami also issued orders for closure of cinema halls and malls till the month end in 16 districts bordering Kerala and Karnataka, where the number of COVID-19 cases is on the rise, an official release said.

The Assam government too ordered shutting down of educational institutions, gymnasiums, swimming pools and cinema halls with immediate effect till March 29 in the wake of novel coronavirus outbreak.

However, the central government has asked people not to panic, saying no community transmission of the virus has been observed and there has only been a few cases of local transmission so far and that it is “not a health emergency” in India at present.

Meanwhile, the government continued to evacuate Indians stranded in coronavirus-hit Iran and Italy.

A total of 218 Indians, mostly students, from Milan landed at around 9.45 AM at the Indira Gandhi International Airport (IGIA) in Delhi and were taken to an ITBP quarantine facility in south-west Delhi’s Chhawla area.

More than 230 Indians brought back from Iran reached New Delhi at about 3:15 AM and were quarantined at the Indian Army Wellness Centre in Jaisalmer, the third batch to be evacuated from that country.

They had arrived in Delhi on a Mahan Air flight from Tehran and were ferried by two Air India flights to Jaisalmer, IGI airport officials said.

Italy is the second most affected country after China with over 1,400 deaths and 21,000 cases of coronavirus. It is followed by Iran where over 700 people have died and nearly 14,000 cases have been detected.

Minister of State for Home G Kishan Reddy said all paramilitary forces, including the CRPF, the ITBP, and the BSF, have been advised to keep ready quarantine camps for COVID-19 suspects as a preparatory measure.

With the World Health Organisation (WHO) declaring COVID-19 a pandemic, a health ministry official said over 4,000 people who had come in contact with 93 positive cases have been identified through contact tracing and were being tracked while 42,000 people across the country are under community surveillance.

An order has been placed for the procurement of an additional over 80,50,000 N95 masks and personal protective equipment for healthcare workers, the health ministry said.

It also clarified the 71-year-old man from Maharashtra’s Buldhana who admitted to a private hospital and died during treatment on Saturday has tested negative for coronavirus infection. He had returned from Saudi Arabia recently and had diabetes and high blood pressure.

The government had on Wednesday suspended all visas, barring a few categories like diplomatic and employment, in an attempt to prevent the spread of coronavirus.

India-Bangladesh passenger train services between Kolkata and cities in the neighbouring country were also suspended from Sunday as a precaution against the spread of COVID-19.

The Eastern Railway said services of Maitree and Bandhan Express trains will remain suspended from March 15 to April 15 or till further orders, whichever is earlier. 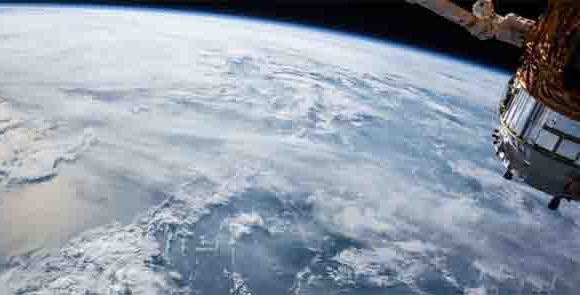 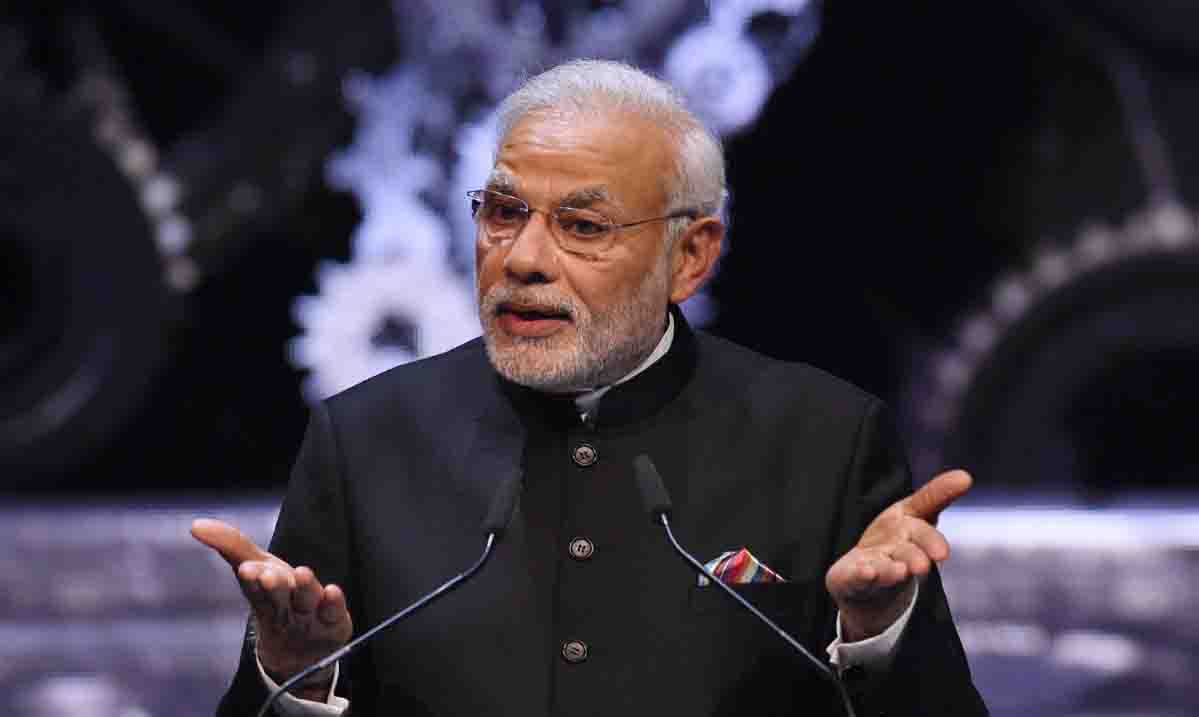 Understanding Namonamonics. Why Narendra Modi is a hit on foreign soil? 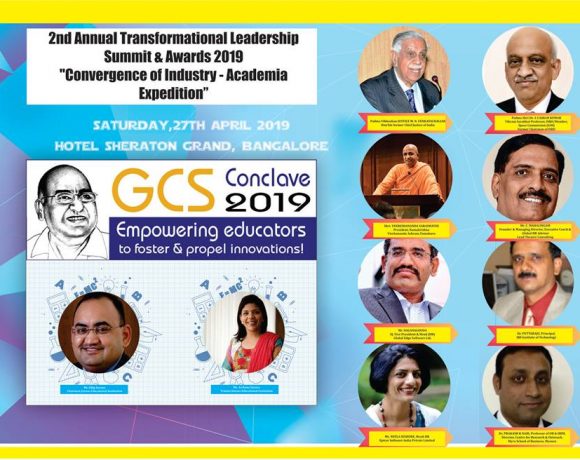