What Next for Rahul Gandhi? 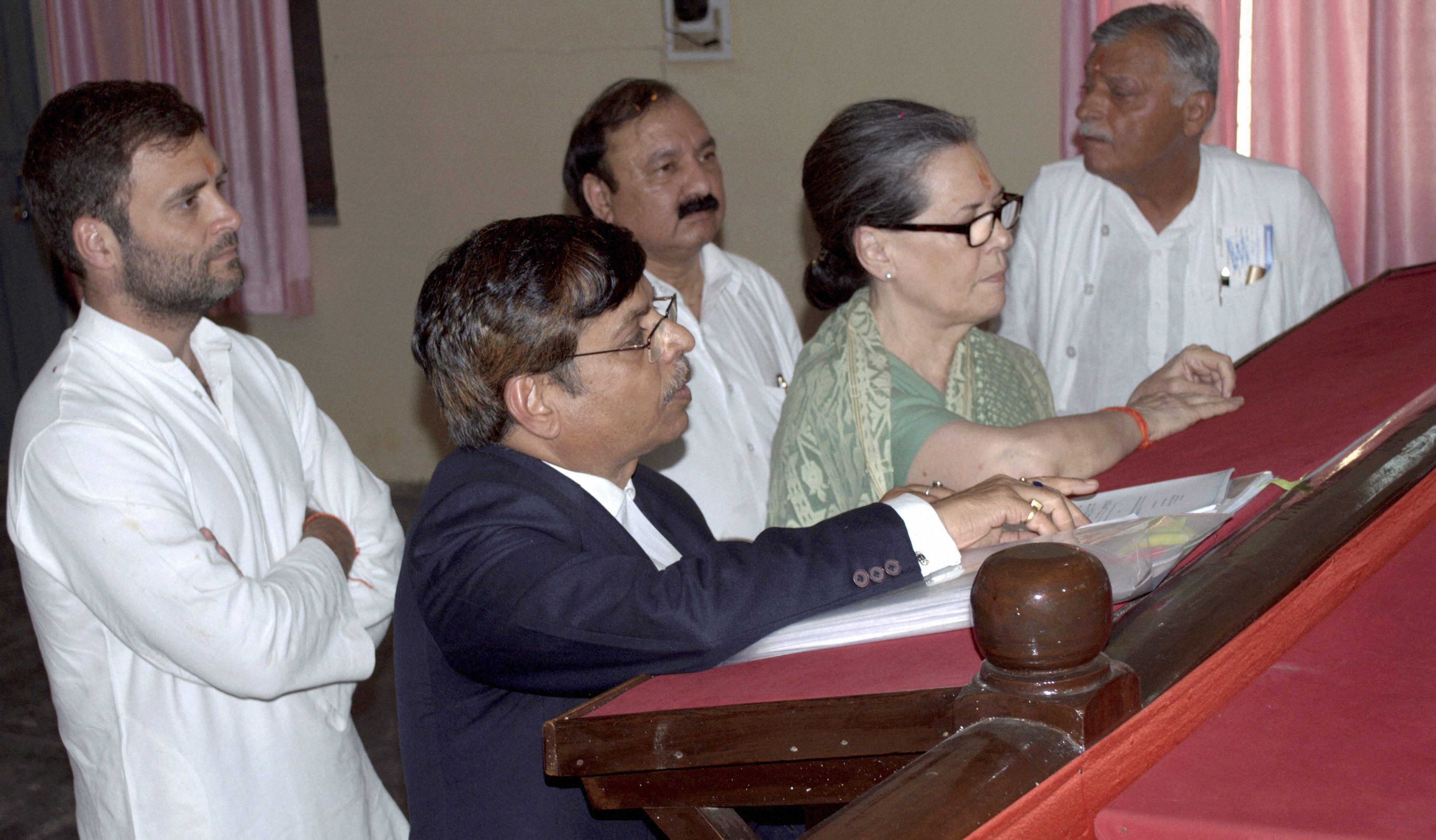 When the scion goes missing, the fiefdom trembles in confusion. With all their eggs in the Rahul basket, Congress is struggling to come to terms with its very own absentee landlord. When a high profile protest rally against the land acquisition ordinance was held at Jantar Mantar, the man of the Bhatta Parsaul moment was absent.

“Nonsense!” Rahul had famously declared storming into Ajay Maken’s press conference and shredding a cabinet approved ordinance by a single word, a royal tantrum no Congress veteran had the guts to oppose, as then PM Manmohan Singh remained abroad, mute and helpless. Rahul and Congress’s plight is a tragic symbol of how sharply political dynasties are declining across India.

Even as politicians rush to anoint their sons as netas – Ram Vilas Paswan’s last somersault from secular parivar to NDA parivar was reportedly to secure son Chirag an MPship – they are missing a crucial message from the voter: Every political dynasty in India today – from Congress to Akali Dal to DMK to SP – is floundering. Sons and daughters are simply failing to live up to mummy’s or daddy’s – or dadi’s – charisma and popularity.

Akhilesh Yadav might have become UP’s youngest chief minister but he clearly needs father Mulayam for his political muscle. Sukhbir Badal is the deputy chief minister in Punjab but draws his political legitimacy from father Prakash Singh’s long service to Akali Dal. DMK still revolves around the persona of a nonagenarian Karunanidhi even as the next generation siblings wage a battle for succession.

The kisan neta legacy of Charan Singh lies tattered in the ever dwindling fortunes of Ajit Singh; Supriya Sule isn’t ever going to have the mass appeal of a Sharad Pawar; while the honorifc ‘supremo’ is an unlikely one for Uddhav Thackeray. Most Congress sons and daughters are like Rahul: Prisoners of their family surname. With the possible exception of Naveen Patnaik, it’s difficult to find a contemporary politician who has overshadowed his father, done a high-achieving Akbar to a paternal Humayun.

Dynasty in politics is dying, or at least increasingly subject to diminishing returns. First generation legacy builders – Nehru or Karunanidhi or Prakash Singh Badal or Mulayam Singh Yadav or Biju Patnaik or even a Devi Lal – were simply too overpowering in personality and achievement, for their descendants to establish an independent identity and agenda and yet remain upholders of the family name. M K Stalin is 62 but still only a ‘son’. Azhagiri even older but he’s still the ‘rebel’. Rahul is approaching 50 but still a ‘youth’ leader.

Political capital is built in subliminal ways in the minds of voters. Nehru struggled in the freedom movement for years. Mulayam in his heyday knew every karyakarta’s name. Jayalalithaa endured years of bruising setbacks to achieve a certain mighty status.

One trait divides the genuine politician from the rest: A complete lack of a sense of privacy. Son of the soil netas from Mamata to Lalu live and operate among people 24×7. The entitled heir shuts his doors at night and disappears on secret holidays. Rahul – and many political children – are shadows of their forebears simply because the tag ‘political leader’ comes as onerous inheritance not as an outcome of years of personal toil and transformation.

In business or entertainment – be it a Hrithik Roshan or a Kumaramangalam Birla – sons can launch themselves using their fathers’ platforms but still have to work hard to establish themselves in a harshly competitive world. And even here, there are many instances – be it an Abhishek Bachchan in cinema or a business house like Mafatlals – where the family surname can eventually become a gilded cage.

Successful parents give you a head start, but you still have to replenish the talent bank. But since feudal deference in our public life dictates that a mere son can never dream of outshining his father, inevitably the family legacy is jeopardised.

Politics today is far too competitive to be resistant to merit. Voters are demanding exceptional talent from those who demand the privilege of living in VIP bungalows and availing taxpayers’ money. When Narendra Modi shrewdly contrasted his ‘chaiwallah’ origins with the Gandhi family, this contrast resonated with an electorate increasingly furious at those brandishing silver spoons.

From a Mahendra Singh Dhoni in cricket to a Shah Rukh in cinema to a Modi in politics, this is the age of the rookie individual who challenges those with powerful daddies. Rahul’s position is deeply paradoxical: How can someone who wants to change Congress entirely insist that his supreme position remain untouched? Genuine glasnost surely means that Rahul himself needs to abdicate first.

Sons and daughters can become severe liabilities for a political party, if inheritors fail to outperform ancestors. The most successful political dynasty in the subcontinent, the Mughals, endured for decades because grandson Akbar far outstripped grandfather Babur as emperor and each generation whether Jahangir or Shah Jahan brought uniquely distinctive talents to their jobs. Post-Aurangzeb, when sons failed to surpass their fathers and grandfathers, terminal decline set in. Will Rahul then be Bahadur Shah Zafar, the last emperor, taking his party with him into the sunset? 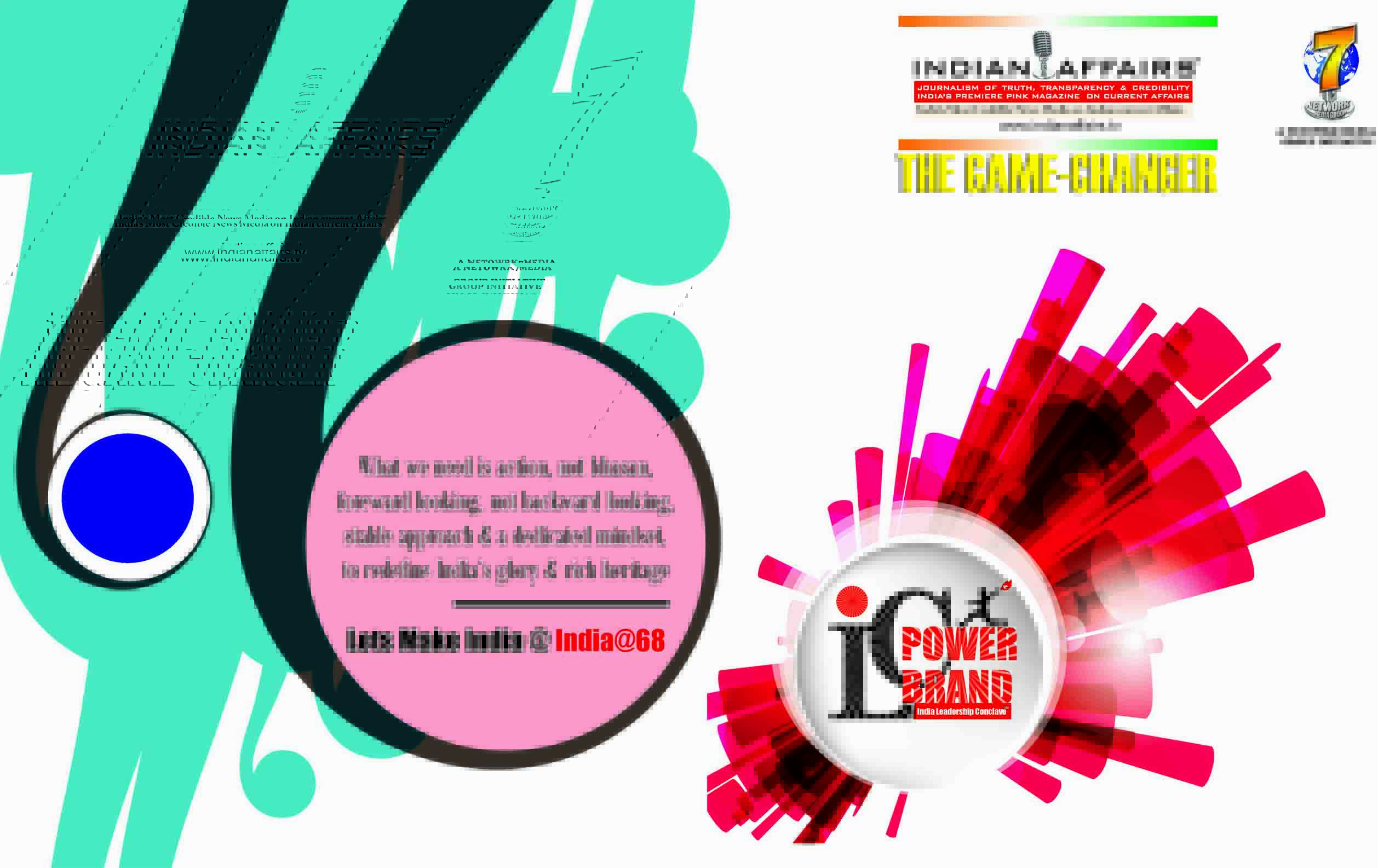 68 Years of Independent India, dreams remain as dreams as Unemployment remain a bigger challenge than before!