India Leadership Conclave Innovation Awards brought with it several top categories, including Fashion. “Indian Affairs India’s Most Promising Fashion Designer 2017” at ILC Power Brand 2017  asumes significance because the Fashion industry today is more dynamic, and more complicated, than ever before & fiercely competitive. The journey for the coveted selection of the six finalists started in the first week of 2017 & went through a robust selection process involving fashion design professionals, consultants, celebrities, bloggers, opinion makers to select the winner from public voting & jury selection. Riya Kodali was in nationwide competition with the five other successful Fashion Designers in the public voting & the choice finally rested with Riya as a Winner. 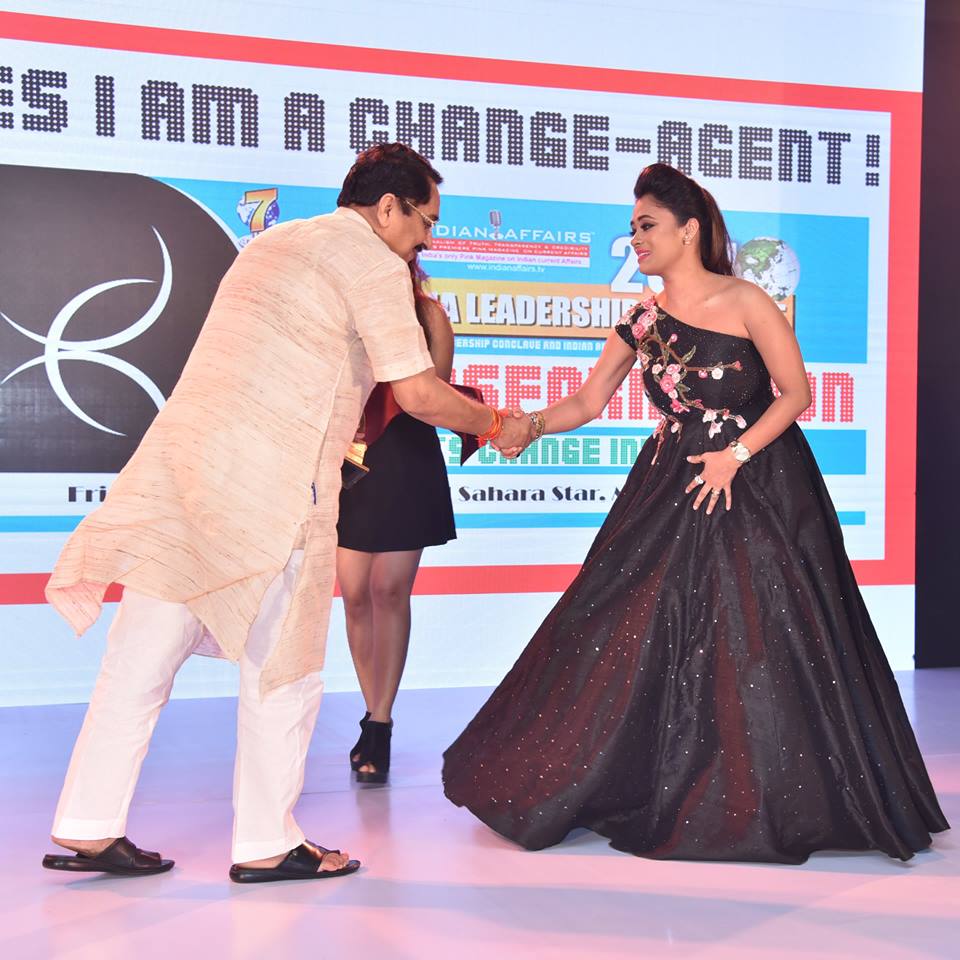 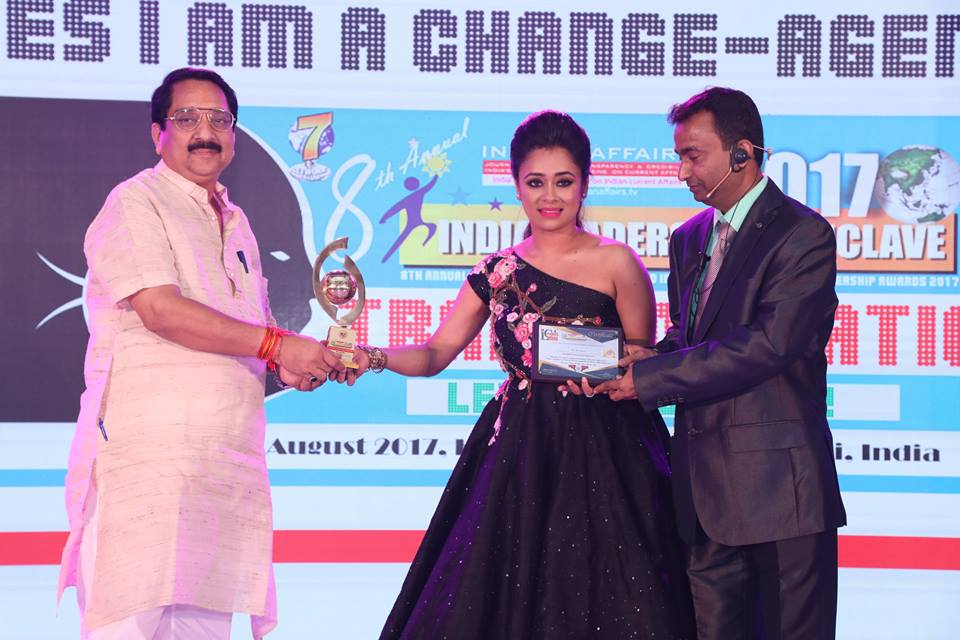 Riya Kodali Design House is the brain child of Riya Kodali at Bangalore. She  was awarded the best Luxury Fashion Designer by Times of India (2016). Riya is a zealous, curious, highly motivated and hardworking designer. She is known for her creativity.  She is flexible, persistent, hardworking, independent, sensible, honest and fun loving designer. A successful entrepreneur she is excessively passionate about what she does.  She specializes in Bridal wear, Lehengas, Indo-Western, Formal Gowns,  Luxury Designer wear and off-beat fashion trends. Riya Kodali  has crafted her designer creations with a strong sense of color. Her designs are based on the theme of the occasion and spirit of the season. Her repertoire includes designing for silver screen stars, affluent businessmen and families across the globe. She has also styled and designed for brides and bridegrooms all over the world. She creates unique designs, giving her customers something out-of-the-world for their big day. Riya Kodali also created waves and received immense appreciation for creating glamorous ensembles with Indian traditional colors, craftsmanship, textures and embroideries. Riya Kodali has taken Indian clothes to the international level and promoted Indian culture globally through extensive use of rich Indian fabrics, designs and embroidery.

Rated by Experts & widely acclaimed by thought leaders, India Leadership Conclave Annual Affair is just not a leadership forum, it symbolizes the hopes & aspirations of the billion people reflected by the speakers at the forum. “ILC POWER BRANDS” has  been rated in Asia as the most credible & coveted Awards developed by Network 7 Media Group consisting of eminent jury members of the different verticals of the society & are  conferred to the Individuals & Companies in its annual meet at the Indian affairs India Leadership Conclave & Indian Affairs Business Leadership Awards. Since the institutionalization of the Business Leadership Awards in 2010, India Leadership Conclave & Indian Affairs Business Leadership Awards has been India’s most awaited & asia’s most respected set of Awards conferred to Companies & Individuals who have made their mark through their remarkable performances despite all odds & has made India Proud!. Since the last five successful years, the platform has recognized, felicitated more than 300 fortune 500 Companies & towering captains & Leaders of the Country. 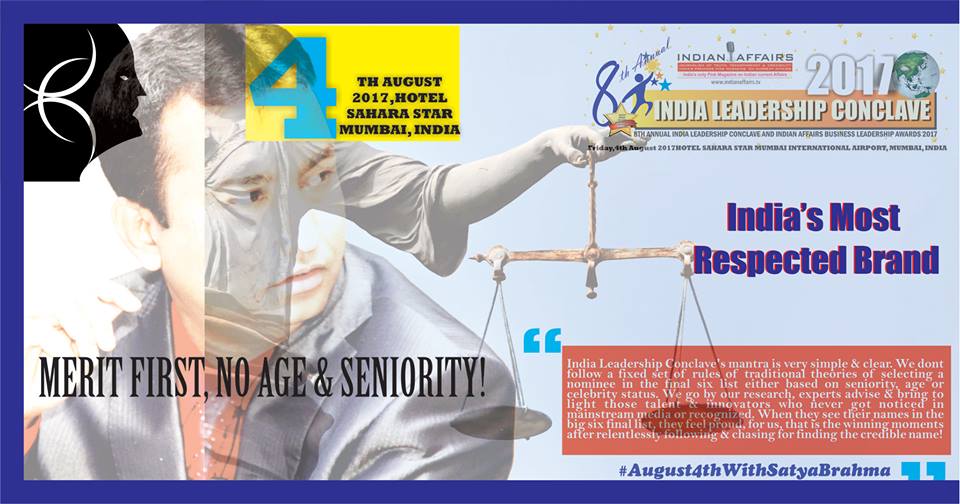 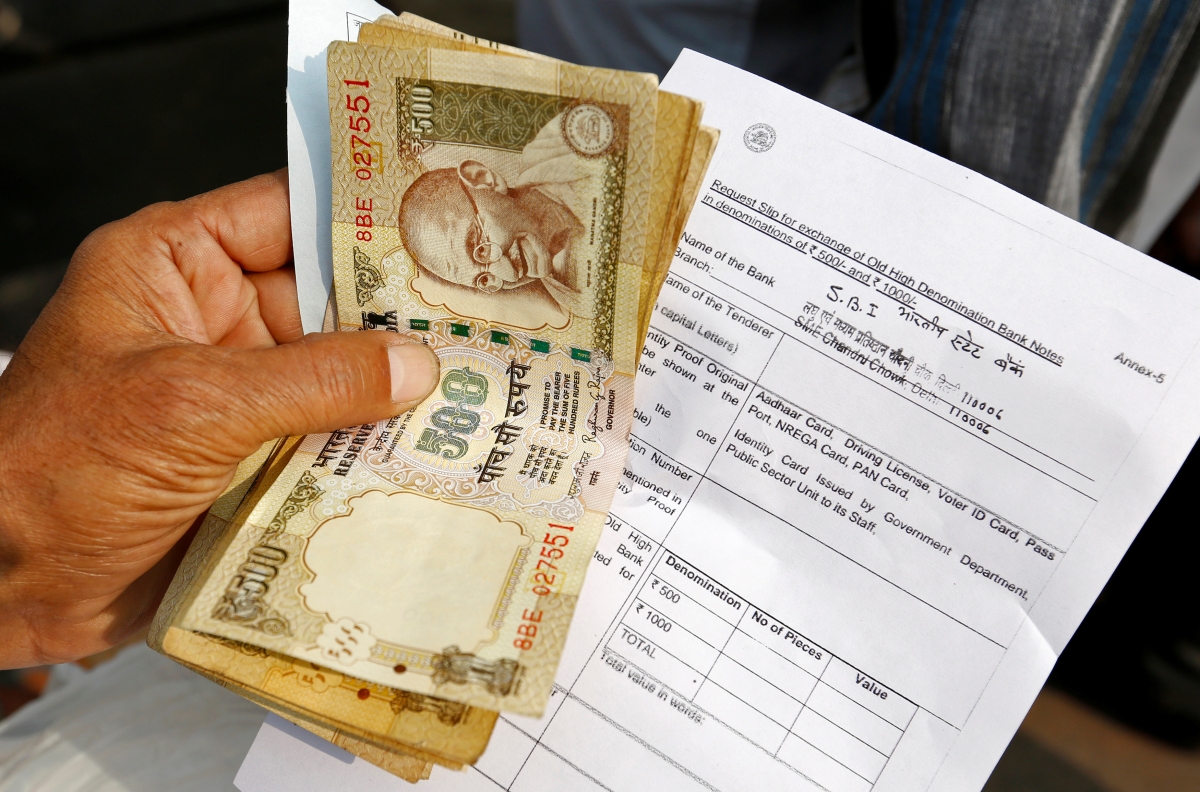